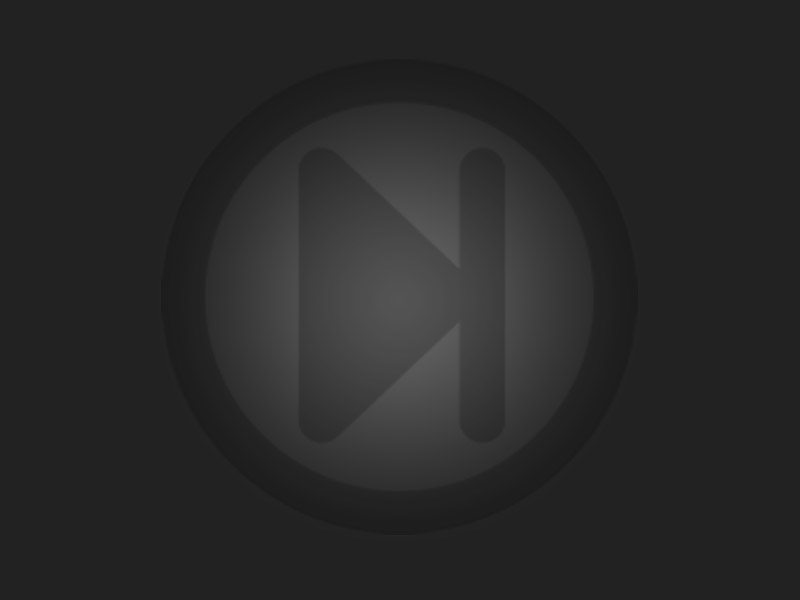 Fixed – Players sometimes spawn with the point of view of a distant camera.
Fixed – Player sometimes spawns as immobile drone, which carries over to the action phase.
Fixed – Black Mirror can be activated from the front.
Fixed – When Mira’s OWM is placed on a reinforced wall, defenders can melee X-KAIROS pellets, exothermic charge or any other gadgets on the other side of the glass.
Fixed – Teammates killing themselves on Exothermic Charges, X-KAIROS charges, and claymores registered as a team kill.
Fixed – Operators’ skin textures in headgear pictures and character model preview are low-resolution.
Fixed – Diamond weapon skin can only be applied to Mira and Jackal.
Fixed – Diamond weapon skin unavailable in Shop.

Fixed – The “heavy breathing” from DBNO Operators lingers after being revived.
Fixed – The client will crash at the splash screen when signing out from an account in the switch profile menu.
Fixed – Players teleport briefly after joining a game in progress.
Fixed – Team kills recorded incorrectly if a teammate leaves a match then rejoins.
Fixed – When afflicted by Yokai’s drone while using a camera, player could no longer switch back.
Fixed – It’s impossible to crouch and melee at the same time.
Fixed – Players are able to spot enemies with jammed drones.

Bomb
Fixed – The sound propagation from Defuser planting is too low.
Fixed – When disabling the Defuser, Operator’s hands are offset.

Hostage
Fixed – Timer and infinite time symbol are missing on the HUD.

Secure Area
Fixed – The final Defender cannot remain in a DBNO state while contesting the objective.

Caster Camera
Fixed – Operator Icons turn white after switching between players in 1st person view.
Fixed – Teammates are not highlighted if the player had previously spectated a custom game session.
Fixed – Caster View can appear broken depending on which floor is being viewed.
Fixed – Surrender option remains on the scoreboard if the caster previously initiated a surrender vote.

Operators
Mira
Fixed – Black Mirror is sometimes able to be placed in a way that blocks a nearby doorway.
Fixed – The Black Mirror canister cannot be interacted with.
Fixed – Improper behavior of wall during destruction of walls with metal beams in the middle when using the Black Mirror device.
Fixed – Weapon Charms clip through Mira’s hand.

Hibana
Fixed – The operator will lose the functionality for the X-KAIROS launcher if the reload action is interrupted by a “Welcome Mat” being triggered.
Fixed – Sidearm recoil is higher than desired, and accuracy is lower than desired.
Fixed – On night maps, Hibana’s X-KAIROS pellets create a glittering effect when triggered. Party’s over everybody.

Echo
Fixed – The Hovering Drone is unable to enter Weapon Mode if placed underneath the torso of any operator.
Fixed – Yokai Drone will sometimes lose signal when attacking to some parts of the roof on Oregon.
Fixed – Sidearm recoil is higher than desired, and accuracy is lower than desired.
Fixed – EDD’s laser vanishes if Kapkan is hit by Yokai’s disrupt while picking up gadget.
Fixed – PDA has incorrect reflection visual effects.

Montagne
Fixed – The extended shield of Montagne disappears while in prone and looking from a certain angle.
Fixed – Once Montagne made a melee attack, his right hand clips trough his shield while deploying it.
Fixed – Knee passes through Operator’s shield when crouched.

Thermite
Fixed – The Legendary Texan Dynamite charge persists for several seconds after it has been destroyed.

Jager
Fixed – Magpie is missing audio and visual effects when a grenade is thrown towards it.

Blackbeard
Fixed – Destructible shield is not destroyable when Friendly fire is set to off in a Custom Match.

Valkyrie
Fixed – Black Eyes are not properly attaching to walls when tossed at a frame.

Tachanka
Fixed – Destructible shield is not destroyable when Friendly fire is set to off in a Custom Match.

Smoke
Fixed – A flickering prompt appears in the upper left corner of the screen.

Skyscraper
Fixed – Vaulting does not work on the 1F Outside (South side).
Fixed – Various LOD fixes.

Favela
Fixed – Small gap in the floor next to the door frame.
Fixed – Various LOD fixes.

Fixed – Gradient is applied over top of the tabs in the menu.
Fixed – There is no error message displayed when offline and selecting “Multiplayer”.
Fixed – Inconsistency between thumbnail picture and the preview for headgear on Thatcher.
Fixed – Missing thumbnail picture for Doc’s uniform.
Fixed – Menu’s disappear after changing the menu language and accepting a party invite at the same time.
Fixed – Inconsistency between thumbnail picture and the preview for multiple Blackbeard headgears.
Fixed – Information about Doc’s Unique Gadget is incomplete.
Fixed – Inconsistency between thumbnail picture and preview on Creneau headgear for Rook.
Fixed – Inconsistency between thumbnail picture and preview on Robin headgear for Blitz.
Fixed – Scrolling through the shop with the mouse wheel only works when hovering over an item.
Fixed – When running with a weapon, Operator’s arms are misplaced.
Fixed – Tokeiso and Gunba Weapon Charm names and descriptions are swapped.
Fixed – Players sometimes encounter their MMR reading as 4294267187 when they are a Copper 3.
Fixed – Previewing Universal Charms zooms into the wrong part of a weapon.
Fixed – Under rare circumstances, the main menu will disappear.
Fixed – Players are not able to confirm their spot in Dedicated Custom Matches.
Fixed – Ryuko Weapon Skin does not properly apply to the UMP 45.
Fixed – Aki No Tsuru Weapon Skin does not properly apply to certain weapons.
Fixed – Inconsistencies between time played and time registered by the game statistics.
Fixed – “Full Roster” achievement not awarded after unlocking all Operators.
Fixed – Icons appearing as placeholder for certain charms.
Fixed – The “Ralphie” Christmas skin not appearing properly for players who completed the event.
Fixed – Operator’s facial expression animations in headgear and preview were incorrect. (BDU view will be fixed in 2.1.2)
Fixed – Mira’s chibi charm appeared low quality.
Fixed – Buying the GEO Traje De Luces bundle doesn’t unlock the Chaquetilla skin for the PDW9.
Fixed – Doc and Rook have identical Red Crow headgear and were embarrassed to show up at parties wearing the same accessories.
Fixed – Placeholder texture spotted on Castle’s default headgear glasses.
Fixed – Rook’s Red Crow headgear is identical to his default headgear when previewed or equipped in the Album and Shop.
Fixed – Name incorrect for the Y1 – 8 Operators bundle on the Russian client.
Fixed – Inconsistency between characters’ eyes in headgear preview and thumbnails.
Fixed – Pro League All Gold Sets Uniforms textures not applied to Operators in first person view.
Fixed – If 15 items are present in Digital Content, the last one will appear cut off.
Fixed – Weapons with certain sights are not aligned.
Fixed – The M590A1 iron sight is not properly aligned with the red dot.
Fixed – The AR33 reflex sight is misaligned.
Fixed – The AR33 holo sight is misaligned.
Fixed – Girih weapon skin is missing across all weapons.
Fixed – During game data installation process, the Operators tab is inactive although it has a yellow notification dot underneath it, teasing you.
Fixed – Resolution inconsistencies with DJ GSG9 bundle.
Fixed – Broken selection control in the Currency Packs menu.
Fixed – Fade is missing on both sides of the screen when viewing Operators in full-screen in Album and Shop.
Fixed – Valkyrie’s Overlord headgear has a placeholder thumbnail image.
Fixed – KT Banshee P.D. headgear for Doc has the same texture as the Dust Line headgear.
Fixed – The text written on the Mix Tape charm is in low resolution.
Fixed – The Saint-Jean Bundle description doesn’t mention the name of the charm.
Fixed – Several Bushido payment confirmation pop-ups have placeholder banners.
Fixed – Several Bundles have placeholder presentation images.
Fixed – The Headgear preview shows a headgear that is not in the game.
Fixed – Black textures visible on Fuze KT Raid Camo Uniform’s thumbnail.
Fixed – Players are able to circumvent certain intended functionality through the use of the Quick Join button. 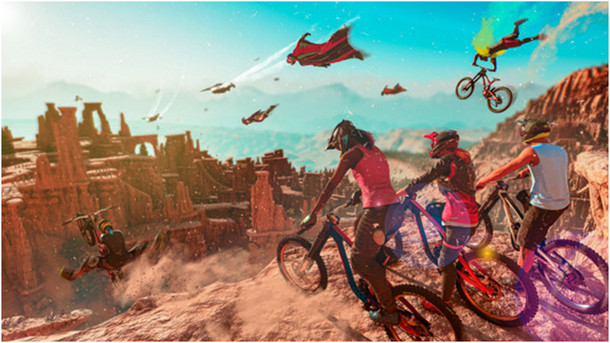 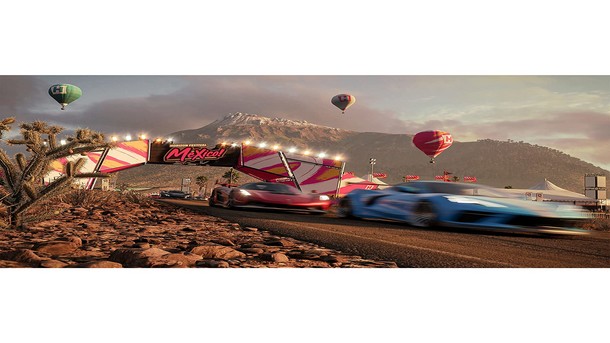